Trauma and complex PTSD can be difficult to diagnose.  The symptoms can develop over many years and during that time it is not uncommon to be given an incorrect diagnosis of depression or anxiety disorder.  This means that a sufferer may have had to endure unhelpful treatments, including prescription medicines for the wrong condition in the past.

When we speak of psychological issues relating to complex PTSD symptoms we are referring to traumatic events that have been experienced repeatedly such as; 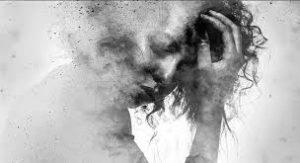 The sufferer develops a particular sensitivity to anything that triggers a connection with the original traumatic experience without necessarily knowing what happened in the original events.

Complex PTSD Symptoms – what does it mean?

Trauma is a vague term, it indicates, from the Greek word: trauma, that there has been a wound or damage. In every case the traumatic wound will be unique.

One of the consequences of suffering complex PTSD symptoms is that often, when the traumatic events happened, part of the individual’s sense of themselves becomes cut off from awareness, this is referred to as dissociation.

A person who has gone through complex PTSD is likely to have cut themselves off from the impact and severity of the original experiences in an attempt to survive them.

If this has happened to you then you may experience some or all of the symptoms listed above, but not have a sense of what your symptoms actually refer to.

Psychotherapy provides an opportunity to understand your complex PTSD experiences and how it is impacting on your life.

People who suffer from complex PTSD symptoms may come to psychotherapy reporting that they feel depressed, anxious or over sensitive, but not have a sense of what the depression relates to.

This is why talking things through is important.  It provides an opportunity to build up a useful working understanding of what happened and what you have gone through. 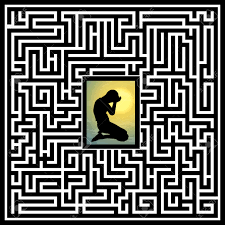 In cases of complex PTSD one of the problems is that the cause, the thing that the symptoms relate to has been dissociated, cut off from our awareness.

‘‘…trauma is a subject that is periodically investigated and then drops from public consciousness.  …it drops out of public mind because it is subject that provokes intense controversy.’ Trauma and Recovery, (Herman 1992)

Judith Herman’s excellent book, ‘Trauma and Recovery’ begins by exploring the question of how it is that the subject of trauma drops out of public mind?  Herman shows that trauma has had a very patchy existence as subject throughout the last 150 years.  Trauma gets attention from the psychiatrists Charcot and Janet in Paris, Jung in Switzerland and Freud in Vienna, but interestingly throughout the twentieth century trauma struggles to keep its place in public consciousness.

It is particularly with the fallout from the Vietnam war, when USA GI veterans start speaking about their experience of battle, that complex PTSD symptoms gained a foothold in the public mind.  Previously in relation to combat stress it was referred to as shell shock.

In our time, we can see the profound problems that the traumatised families of the Hillsborough football stadium disaster have gone though since 1991 trying to get the case reviewed so that the label of hooligans can be shaken off and the victims’ traumatic testimony be heard.

Since the painful and upsetting revelations of the Savile case, we have witnessed the struggle that has been involved setting up the Independent Inquiry into Child Sexual Abuse (IICSA).  As that inquiry develops, it becomes clearer that there are too many cases of people in positions of authority who have been able to abuse and repeatedly traumatise people with impunity.  It has been all too easy for trauma victims to be disbelieved.

Complex PTSD cuts people off from other people and it cuts them off from their own experience.

Someone who has gone through complex PTSD is likely to have lost their trust in people.  This means that developing a trusting relationship in counselling and psychotherapy can take time.  Try to be patient, it is possible, it just takes time.

In some cases the repeated trauma will have been inflicted by a loved one, a family member, or a person in authority such as a teacher who the individual will have felt they could or should have been able to trust.

They might feel that there were people who could have stepped in and stopped things and who didn’t.

This is part of what makes treating complex PTSD symptoms difficult. 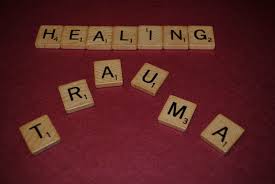 In psychotherapy the first and often the hardest part of the work is in repairing the injury to trust.

The sufferer needs time to develop the sense that they can trust the psychotherapist or counsellor.  This kind of trust cannot be invented or assumed.  It has to be built up over time.  Frequently the sufferer will need to test the therapist and the therapy again and again.  The sufferer knows that the last time they trusted someone things went very wrong and they are not going to make that mistake again.

In therapy it becomes possible to work with your therapist to build up a new understanding of what happened.  To start to develop confidence that the complex PTSD symptoms you experience are a consequence of events that happened to you.  As this happens, the part of the personality that have been cut off, dissociated, start to become available again.  Gradually the sufferer starts to reintegrate the parts of themselves and their experiences that have been in hiding since the events occured.

DW Winnicott’s (psychoanalyst and paediatrician) work is valuable.  His seminal paper ‘The Use of an object and Relating through Identifications” (1971) gives great insight into the client’s need to test and re-test the therapist.

There is no denying that complex PTSD symptoms are difficult, upsetting and confusing, particularly when there may have been unhelpful and inaccurate diagnoses along the way.  But if given time these symptoms can be worked with and repair made possible.

It is often part of the clinical picture that the sufferer is experiencing complex PTSD symptoms in the present based upon repeated traumatic events that happened in the past.

When the original traumatic events happened the mind was overwhelmed.  The events were shocking and unpredictable in a way which meant that they could not be taken in. So although they happened in the past it is like they are still going on.  Until the experience has been processed they cannot become part of the past.

You might say it is a bit like laying a ghost to rest.  The trauma has not yet become something of the past and the sufferer is still experiencing the emotional fallout as though it were going on now in the present.  The sufferer has been living an anxious life as they have been haunted by the past.  This is why psychotherapy and counselling can be helpful, because they help the sufferer see that the events do belong in the past.

How can Counselling Buckinghamshire help?

Complex PTSD symptoms can have a profound impact on your everyday life. You may find yourself trapped in a maze of emotions effecting you and the people around you. At Counselling Buckinghamshire we have a depth of experience of working with people who are trying to overcome problems relating to complex PTSD symptoms.

We help people to:

Contact now for a free telephone consultation to discuss how this approach may be relevant to you. 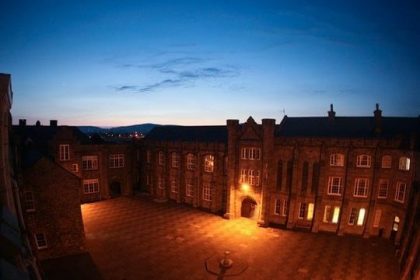 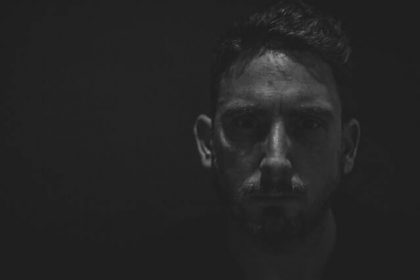